What place does the “other” occupy in French history, society, culture, and memory?

That’s one question a NextTerm group is considering during their course: Can You Hear Me Now? Un-silencing the Voices in French History. The students, who travelled to France as part of their course, had the opportunity to meet with Sadia Hessabi, an Afghan woman who came to live in France after tragically losing both of her parents when she was fifteen years old. She didn’t speak or understand French, had no formal education, and sold her house in Afghanistan to afford the plane ticket.

She came to Lyon, France to live with a distant uncle and his family and started school, learning enough in just one year to advance out of the French language immersion program and into a regular school classroom.

With a desire to appear as French as possible, Ms. Hessabi abandoned her Afghan traditions and started adapting to the French way of life. She overcame many obstacles, including prejudices about Afghan culture, domestic violence, and a language barrier. She graduated from high school and started working, eventually getting her own apartment, which was a goal she had set for herself at a young age. 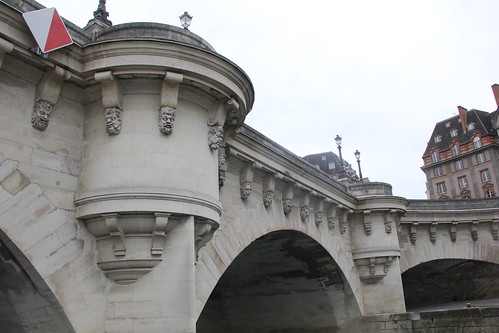 “Ms. Hessabi’s story was inspiring because she was constantly facing challenges unimaginable to many people my age,” said Gigi Venizelos ’20. “Her ability to push through struggles at such a young age shows how powerful she is, and puts my life and opportunities into perspective.”

By the time she turned forty, Ms. Hessabi wanted her children to begin understanding more about their Afghan heritage, so she started cooking her mother’s recipes by memory. As she remembered each recipe, she would post them online, and eventually built a successful business around that. Her recipes have been featured in cookbooks and at food shows such as the Refugee Food Festival, and she runs a successful food blog.

“It was important and impactful to hear her story, because of her persistence,” said Abby Zucatti ’20. “She inspires us to never give up, to believe in our dreams, to speak out, and to be brave enough to tell the world about yourself.”